The Caribbean Premier League (CPL) scheduled to get underway on 18th August – will be the first major T20 league to be played since the Covid-19 pandemic, and it would be a welcome delight for T20 cricket starved fans around the world. Ahead of the exciting T20 extravaganza, let’s take a look at the top seven players who will catch eyeballs during the exciting tournament.

In international cricket, the story of Rashid Khan is nothing short of a fairy tale. One of the world’s most successful leg-spinners, the 21-year-old has been snapped for the eighth edition by defending champions Barbados Tridents, and will be among the league’s star attractions. Rashid who made his international debut in 2015 was an integral part of the Hyderabad Sunrisers team. Returning to competitive action due to the COVID-19, the lethal Afghan leggie, who has the knack of stemming the run flow too at any given point in time, can use his time in the Caribbean Premier League to get back his rhythm and gain a few wickets under his belt which will be crucial to lift his confidence when he boards the flight to United Arab Emirates (UAE) .

Veteran leg-spinner Imran Tahir was among 11 players retained by Guyana Amazon Warriors last season’s finalists. The 41-year-old veteran of 290 T20s specialist has 365- wicket in the format with a best of 5/23 at an impressive average of 19.85. While he does go in excess 7 runs per over, with his strike rate of 16.9 he does more than make up for that. Tahir, the only South African to play in this year’s CPL, will be itching to light up the tournament with his this season’s celebratory performance. For starters, this might be the warm-up to what awaits him at the United Arab Emirates (UAE) with Chennai Super Kings.

Oshane Thomas, the 23-year-old pace machine, has been among Jamaica Tallawahs’ 5 retained players this season. Pace bowling is where the Tallawahs boast an enviable repertoire and this season, Thomas is becoming a vital cog in the wheel. He made his modest CPL debut in 2017 but made waves in the next edition when he emerged as the season’s second-highest wicket-taker with 18 wickets in 10 games. The CPL would be a big challenge for the wily pacer, who avoided serious injury after a motor accident in Jamaica earlier this year. The Tallawahs, winners of the inaugural edition and two-time champions, will start their campaign in the third game against St Lucia Zouks and Thomas will certainly itch to make a mark. There’s no doubting that! 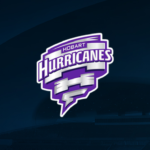