Can Sabbir take advantage of the sudden opportunity? | iGaming insider 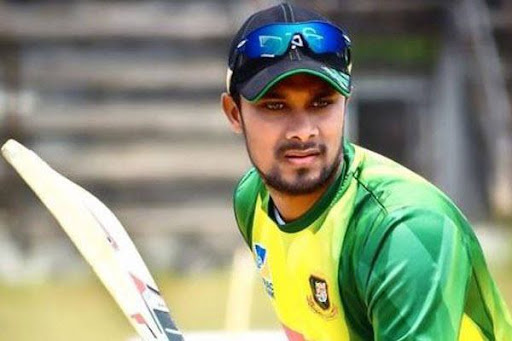 At one time, he was an indispensable player of Team Bangladesh. The reality is that he cannot be found in field performance for a long time. However, he is back in the news. He will be playing colored cricket for the ‘A’ team on the tour of West Indies. Will Sabbir be able to utilize this sudden opportunity?

Bangladeshi players do not have muscle power. They can’t hit sixes like the Russell-Pollards – not just the general audience or the media, but the national team members themselves regret for that. Modern cricket is a game of runs, so no run is safe in T20 these days.

The power hitter is the name of regret in Team Bangladesh. In the absence of one or two power hitters, the Bangladesh team is very inconsistent in T20. There is no storming opener at the beginning and no one can hit big sixes at the end. Even in the middle of the innings, the pace of scoring runs is not enough. Bangladesh’s regret for power hitters is very old.

Bangladesh’s T20 squad has been out of form for a long time. There have been many changes in the XI but the situation has not been changed; Ultimately, the selectors sent a youthful team to Zimbabwe under the leadership of a new captain. However, the problem was not resolved there. Bangladesh could not win the first match due to slow batting in the top and middle order. Sohan’s stormy batting in the end only added to the woes of a power hitter.

But the story could have been different if there was an in-form Sabbir Rahman. At one time, Bangladesh wanted to make a fresh start in T20 with ‘in form’ Sabbir Rahman. He also repaid the management’s trust early in his career.

He scored an unbeaten 44 runs at a strike rate of more than 150 in the ODI debut. This stylish batsman has retained his streak of batting in stormy style later in T20.

But now the old Sabbir is no longer seen. The former star finds himself struggling in the dark. Sabbir Rahman got another chance in his mission to get himself back. He is going on Caribbean tour for Bangladesh ‘A’ team.

One of Sabbir’s greatest feats was his match-winning innings of 80 against Sri Lanka in the Asia Cup. Besides, fans were waiting to see Sabbir’s big hit at the end in other matches as well. Played at number three in T20s, played in finishing; while was in form, he has ruled everywhere. Sabbir was once in the top ten in the ICC T20 batting rankings.

Sabbir Rahman is an X-factor in Mashrafe’s eyes, who can add 20-30 runs at the end of the innings. But it is Sabbir who has now joined the march of disappearance. He is being talked about for all his controversial actions on and off the field.

For the first time, Sabbir’s  career setback due to non-cricket matter. Apart from living a chaotic life off the field, Sabbir also became faded with the bat. At one time, the selectors turned their backs on this promising cricketer.

After 2017, Sabbir became irregular in the national team, although he scored occasional runs at home, there was never any consistency. However, at the beginning of 2019, he was given another chance at Mashrafe’s request. He gave wind to the sails of new hope by making a century in New Zealand. But that was the end.

Last ODI played on July 31, 2019. And he was seen in a white dress in August a year ago. Sabbir lost his place in his preferred format T20 since September 2019. However, during this shortage of power hitters in the country, Sabbir was not pushed away by the Bangladesh Cricket Board (BCB).

The selectors want to see him play in the West Indies series. Can Sabbir, who lost the opportunity so far, utilize it now? The lack of a finisher in the T20 team of Bangladesh is now evident. The selectors are repeatedly betting on Sabbir to fill this gap. Does Sabbir himself understand that? If he understands, at least he has to show something in this series.

If old Sabbir is found again,actually Bangladesh will be benefited. So we have to look at Sabbir’s bat once again. Will Sabbir be able to take advantage of the sudden opportunity to return to the jersey of Team Bangladesh? 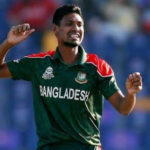 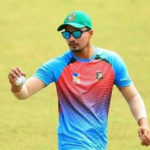