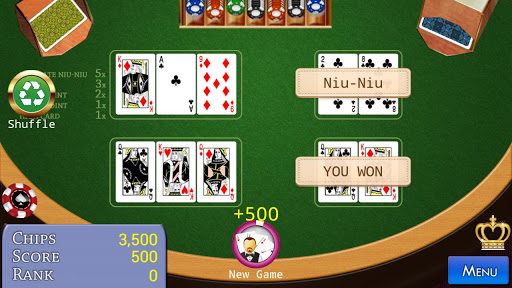 TONGBI NIUNIU, an easy, thrilling and fast-paced card game. Consist 4 to 6 players to compete for being the winner at the same time.

Niu Niu is a famous card game among Chinses in China and some part of South East Asia country. It is a game consist of four to six players where one of the players will become dealer or banker and the rest of the players will compare their cards with the banker. Each of them will get 5 cards some of the online casino like JDB’s has invented some creative rules where there is additional one card for players to exchange. Player will have to group the cards into two groups, one group has three cards where they have to combine into multiplier of 10. The other two cards will combine and compete with the banker. If players cannot combine any three cards into multiplier of 10 then the players will have “no bull” and can’t compete to banker. If the banker has “no bull” as well, player will not need to pay for anything for the round.

JDB has created this wonderful game in the year of 2018. Now players get to play their favorite Niu Niu game online. There are total 4 rooms in this game where each room has a different minimum betting amount allowing newbie or beginner to invest a small amount of stake. Each round they allow 4 to 6 players to compete together. What is so special about this game is there are no banker to compete with players. So how to win the game? You are right, the Winner take it all. Whoever has the best combination of cards will win all the chips. Don’t worry if you are a newbie and don’t know how to match the cards to the best combination. The system will automatically combine the cards and what you have to do is just to click the “show card” button. Each round only takes around 5 seconds to finish. Fast-paced and easy to win is the new motto of JDB I guess.

Before the game started, each player will get to choose the multiplier they want. It will apply on the players winning. For example, if you have chosen multiplier 5 when you won you will get your winning amount x5. If you lose to other players, you will have to pay them by multiply their chosen multiplier. It is really fair and exciting game rules for those who aim for big win!

Just as good as other JDB games, this game is playable on any handheld devises no matter what operating system you are using. For those who like to play on desktop you can enjoy them on any desktop OS as well including Windows or Mac. Though, this game only supported one language which is Simplified Chinese. However, the game user interface is very simple even if you don’t understand Chinese, you can play it!

Try this wonderful game from the link below now. 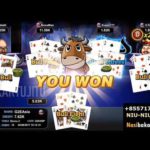 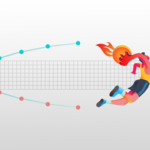