The International Cricket Council is scheduled to hold a conference of the Chief Executive Committee of three affiliates and 12 full members on 23 April to discuss the effect of COVID-19 on cricket and the path forward. The topic would be to address crucial issues that might contribute to the resumption of international cricket, taking into consideration policy recommendations for various countries. The group will also address the rescheduling of the cancelled matches as well as the World Test Championship and the Super League Cricket World Cup.

There are concerns regarding the T20 World Cup later this year, with the Australian government enforcing travel limits before 30 September. The tournament is set to commence on October 18th and continue until November 15th, with games being played around six venues. ICC Chief executive, Manu Sawhney believes that the conference is the first phase in the joint cycle as they evaluate the effects of this current global pandemic and move collectively to insure that sport recovers from it in a good place. In relation to ICC tournaments, including the ICC Men’s T20 World Cup, they will continue to work with experts and officials, including the Australian Government. They must use all the evidence and knowledge accessible to insure that they can make informed decisions on all competitions at an appropriate period in the best interests of the sports event. He also mentioned that different countries will continue to re-open at different times and stages, so they all will need to acknowledge that and provide a balanced view of it such that they can mitigate the multiple risks as far as possible.

Sawhney emphasized that the resumption would only occur after the possibility of Coronavirus has dissipated considerably. He also added that the size of this challenge can not be overlooked and must encompass a multitude of aspects before the public health environment has changed to the extent where it is healthy for the teams, staff, fans and in a manner that will not adversely impact the public health environment. Cases have grown to 2.4 million globally and many series have needed to be delayed after the World Test Championship in March. Bangladesh’s travel to Pakistan for the second test of the series in April had to be postponed, although Australia also agreed to reschedule its series in Bangladesh. 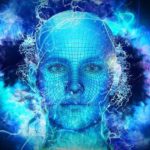 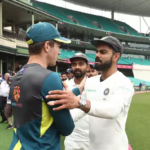