What is the reason that we gamble? Overconfidence and irrationality | iGaming insider 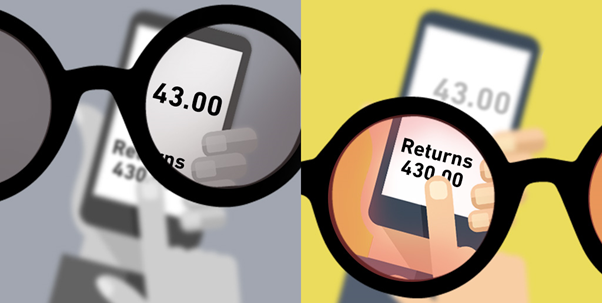 What is the reason that we gamble? Overconfidence and irrationality Gambling business is a headache for the rational choice theory’s disciples. Generally, individuals will usually make rational decisions via increasing their advantage, at the same time reducing losses. Nobody will pay and go on a $1000 holiday with the impression that the vacation is only worth $500. If the expected value of the bet is low or zero, why gamblers still bet on them? Follow this article to know more

The betting psychology is definitely a sophisticated subject but it poses a simple question – if generally gamblers lose money when they gamble, what is the reason they are still gambling? This paper will further examine gambler’s inadequate knowledge towards expected value terms and why utility and mathematical expectation are not representing the similar thing.

Is gambling an irrational act?

Majority of gambling activities such as lotteries and casino games have negative expected value. Expectation would not be profitable if first mathematical principles did not determine the sports bettors’ probabilities.

Even after taking into consideration the margin of the bookmakers, the poker rake, the house advantage – generally gambler in the long run will be unprofitable. Although sports bettors may experience gaining from their betting experience in the beginning, if it follows through a long duration, the law of numbers will be against the players, including the luckiest players.

Therefore, following this principle, it is justifiable to regard gambling as a behaviour that is irrational. Additionally, there are various instances that indicate the lack of knowledge of players towards probabilities during their decision making process.

Following one of the instances aforementioned, it includes the Certainty and Possibility Effects that the decision maker underweight and overweight the near certain or unlikely events’ probability. As for sports betting, this exhibits into becoming favourite-longshot bias that longshots will have lower expected value in comparison with favourites.

One of the main factors in falling into the cognitive bias trap with the inability of making rational decisions is the lack of knowledge in judging probabilities. In terms for gambling, it will contribute towards overconfidence, which is a more powerful bias.

Illusory superiority or overconfidence is a form of cognitive bias in which a person overestimates their abilities and qualities as compared to others. Because gambling arena is extremely competitive, particularly sports betting whereby a lot of sports pundits will be compared against one another, it would be expected that overconfidence would arise.

Lake Wobegon Effect was also used to explain this. This effect followed the fictional town’s name located in Minnesota, it shows that humans are naturally inclined to overestimate their capabilities. Lake Wobegon is used to describe that the females there are strong whereby the males are handsome and their offspring are all above average. Following this effect, it shows that there are groups of people that self-claim to be better than the average for their driving skills, intelligence and social popularity.

Who will be buying when there is a seller?

Daniel Kahneman, a cognitive psychologist wrote in the bestselling book Thinking, Fast and Slow illustrate a story regarding a Wall Street investment manager. The main question of this story is to identify the scenario when there was a party that was selling a specific stock, who would generally buy it? To further dig down, what would be the reason that contributed to the seller in selling? Is it because the seller knows something whereby the buyers are not aware?

Essentially, in this scenario, there must be a party, which is more right in comparison to the opposition party. Alternatively, if every transaction were made based on the “actual true” price, then nobody will be profiting from it. Therefore, it will be rendered irrational. Certainly when two parties are willing to make a transaction with one another, there must be the existence of own overconfidence that contribute towards the reason of them buying, or selling.

This is exceptionally true for sports betting. The outcome’s odds hughley show the happening probability. For instance, nobody will place a bet with 1.05 odds on Sutton United in beating Arsenal FC irrespective of their opinion of Arsene Wenger. Odds are usually the representation of public and private opinion towards an outcome that were express via money.

The odds value were found at the balancing of compromise and bartering process. Both seller (layer) and buyer (backer) will definitely have a price in mind that they think would be suitable for them to make a decision. Overconfidence happens when the party holds a belief that their pricing in mind is better than the opposition party and therefore perceived the future outcome to be favourable to them, thus contributing a profit at the cost of the opposition party.

With the absence of overconfidence, there will be no betting transaction because it will all boil down to a rational decision-making process with the intention of making money with all of the available information. No one will be foolish enough to make a bet that the information shows it is a losing end, which usually overconfidence will cloud this judgment.

Taking a look at the other perspective; being a bystander

Although behavioural biases, overconfidence and irrationality all describe the reason for us betting, it may not mean that it controls the way we bet. By understanding and having knowledge of these behavioural biases, bettors will know that it will influence people and therefore could take the “bystander” approach.

The enjoyment of betting will not be affected if the bettors are calculating to identify expected value and have deep understanding towards behavioural biases. To say the least, it does not hurt to make a more informed decision whilst maintaining the adrenaline rush to it.

The article’s main question is to ascertain why overconfidence will rise particularly in sports betting. In addition, what is the reason that contributes to making bettors feel that they are definitely right? 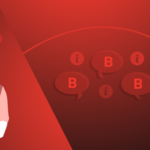 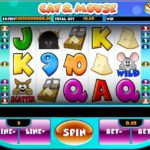