Wasim Akram was among those exceptional talents before making his international debut, who never played first-class cricket before. Straightaway, he inspired senior Pakistan cricket, Javed Miandad, who then immediately pressed for the inclusion of Akram into the national team. Akram moved on to grow ‘The King of Swing’ from a bloke who wasn’t even a professional cricketer. Surprisingly, Akram himself admitted that he had no idea how to swing the ball during his early days.

Akram made his international debut at Faisalabad on 23 November 1984 in the second ODI against New Zealand. Soon after, at Auckland, he made his Test debut against the same opposition, and in just his second Test appearance for Pakistan, he bagged in both innings a fifth of each and grabbed eyeballs. He played a crucial role in Pakistan’s World Cup success in 1992, while seven years later, he led them to the final. Akram formed a formidable bowling partnership alongside Waqar Younis, and the duo was practically unplayable at one point.

With loads of wickets and even hat-tricks, Akram scaled mountains quite quickly. Akram became the first man on the planet to record 500 wickets in the fifty-over format during the 2003 World Cup. Eventually, he ended his career in both Tests and ODIs as Pakistan ‘s top wicket-taker. He was also the leading wicket-taker in ODIs, with 502 wickets, before he was overtaken by Muttiah Muralitharan to drive him to second.

Akram announced his retirement from ODIs as a 35-year-old, after the World Cup in 2003. Earlier in 2002, Akram left Test cricket. Having represented Lancashire and later Hampshire, he was a central figure in England’s domestic circuit. Impressed by his performance, even when he was in action for Lancashire fans would sing « Wasim for England.» Like other former cricketers, Akram wanted to voice his opinion on the game after retirement and became a popular commentator.

What is your pick for the player of Pakistan in all-time Test XI? Do you agree with us? 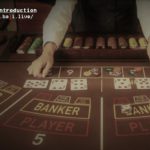