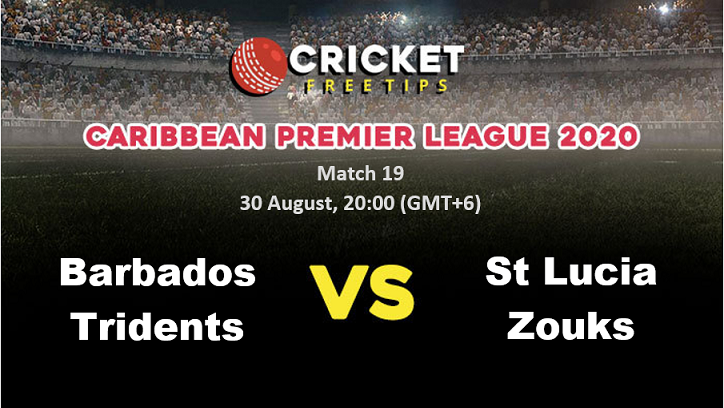 The 19th match of Caribbean Premier League 2020 will be held at the Queen’s Park Oval, played between Barbados Tridents and St Lucia Zouks. The match will be kicked off on 30 August (Sunday) at 20:00 (GMT+6).

Thus far, Barbados Tridents have won just two out of their six matches. The defending champions have not had a great season so far. Neither their bowling nor their batting have lived up to expectations. Even in the last game against the Trinbago Knight Riders, Barbados Tridents lost despite having an upper hand in most of the part of the match.

While their opponents St Lucia Zouks have churned out much greater performances. The side has won four of their six matches and is sitting comfortably at the second place on the points table. In addition, they have the winning momentum, and will aim to add two more points in their tally.

Weather
A rainy day with strong winds is predicted during this match, and the temperature will stay around 28 degrees Celsius.

Pitch
For the batsmen this is not an easy pitch. The pitch appears to play a few tricks here and there and generally anything over 150 is a par score. The chasing teams have always found more success.

Kyle Mayers is an excellent choice as a multiplier. If you don’t want to go with Scott Kuggeleijn, then you can have him in your fantasy squad as the multiplier. Our cricket expert predicted that St Lucia Zouks would win this match. Let’s place your bets now at baji.live! 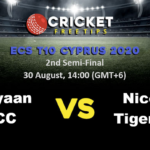 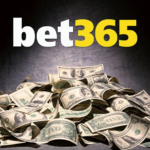